We all know Dubai is one of the most lavish cities with world records it has been seizing such as the highest hotel, longest handmade gold chain and biggest water screen projector. It comes as no surprise that the most expensive caralso comes from this affluent city.

The car we are referring to is the $4.8m Mercedes-Benz SL 600. You are probably wondering: “How could it cost that much? I never heard of an SL 600 was tagged with that price. Are you kidding me!?” 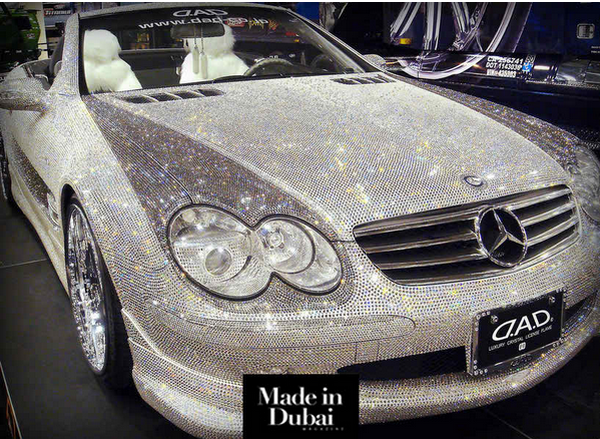 In fact, the most expensive car has gone through a remarkable beauty operation with meticulous adornment executed by a group of 13 members. They spent about 2 weeks to put on the car a coat of 300,000 diamonds.

Of course, with this incredible price tag, we will have it only in our dreams; however, you can touch it if you are willing to pay for a whopping $1,000 ticket.

I guess you all hate the owner of this Mecs already for setting such a rolling stone to prevent us from admiring this masterpiece even for just one time in life. You may be asking who he is. Here we go, he is Alwaleed Bin Talal, a Saudi Arabian prince and who is passionate about the luxurious things and diamond is just one among them. 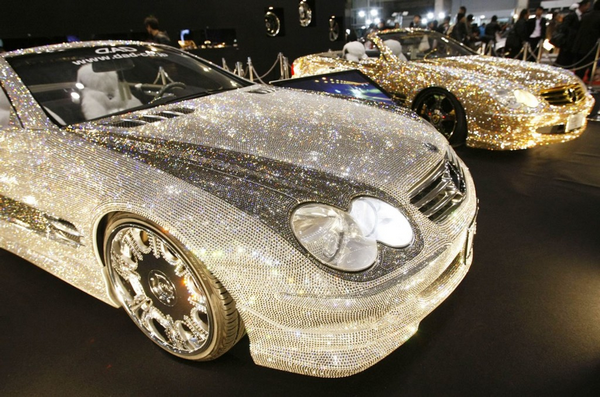 Ranking among ten richest people in the world, he has a property featuring about 50 cars in his garage. One more interesting fact about this opulent prince is that he gets every duplicate of his cars for his own guards.

Check out other photos of the world’s most expensive car below. 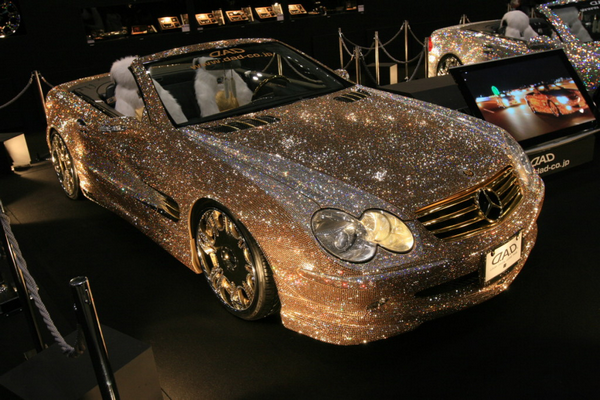 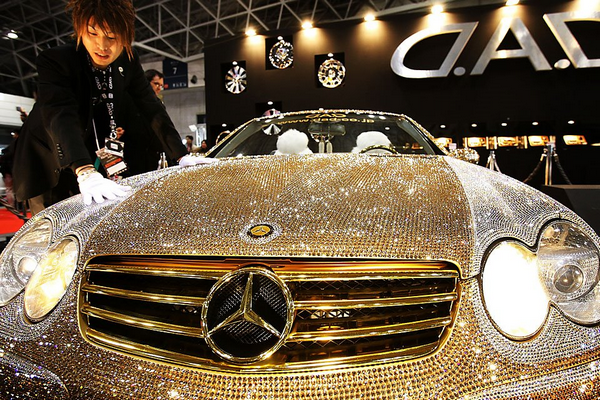 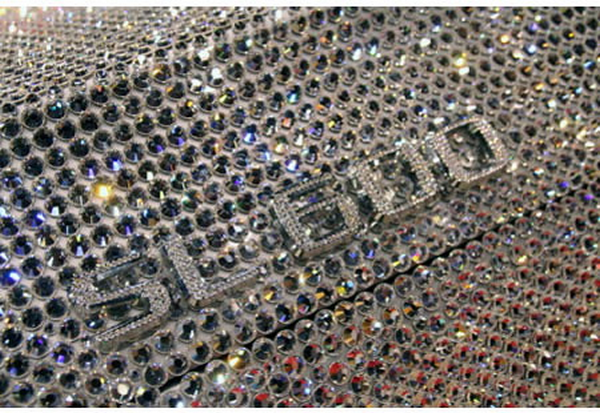 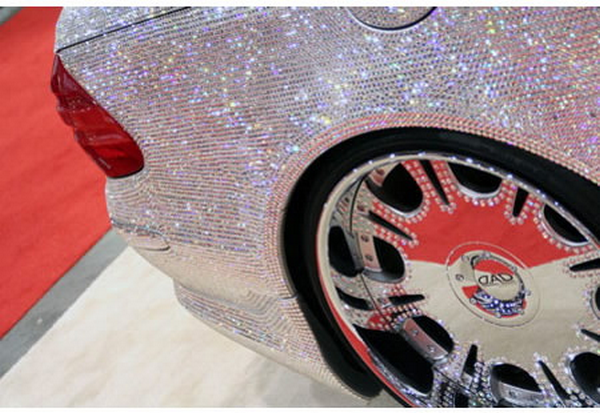 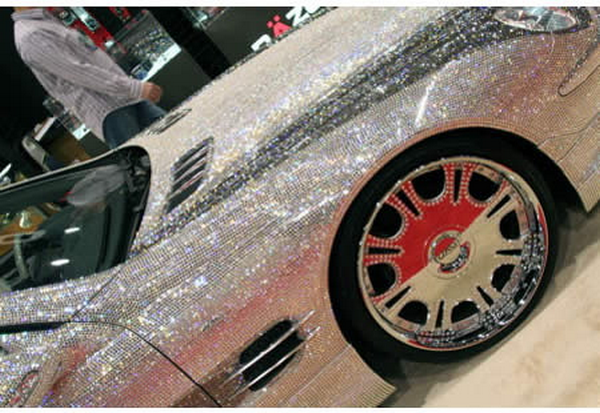 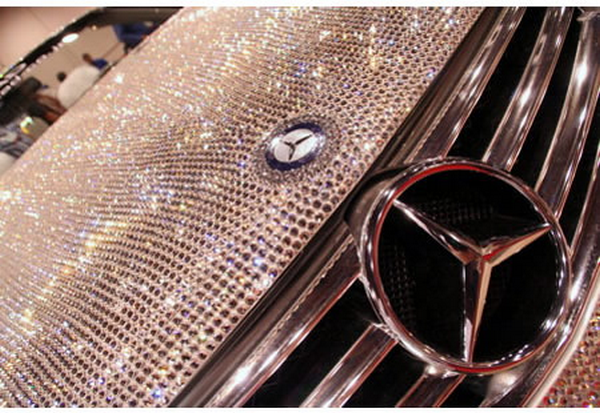 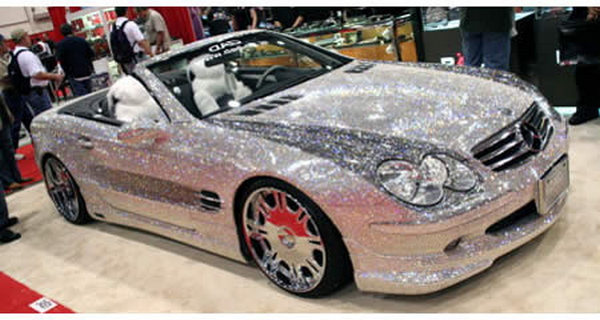 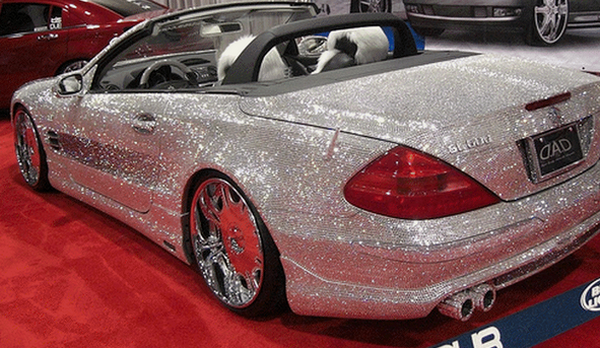 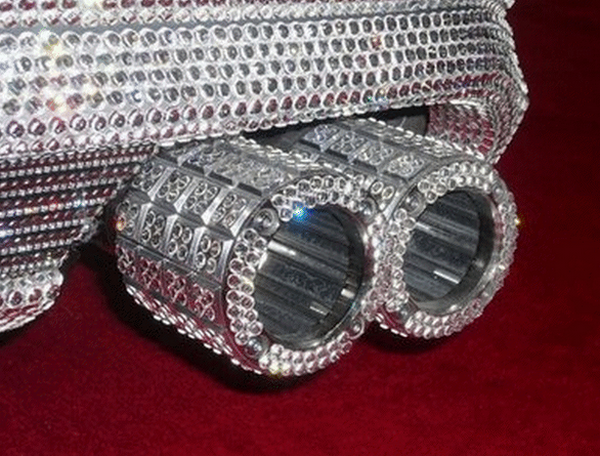