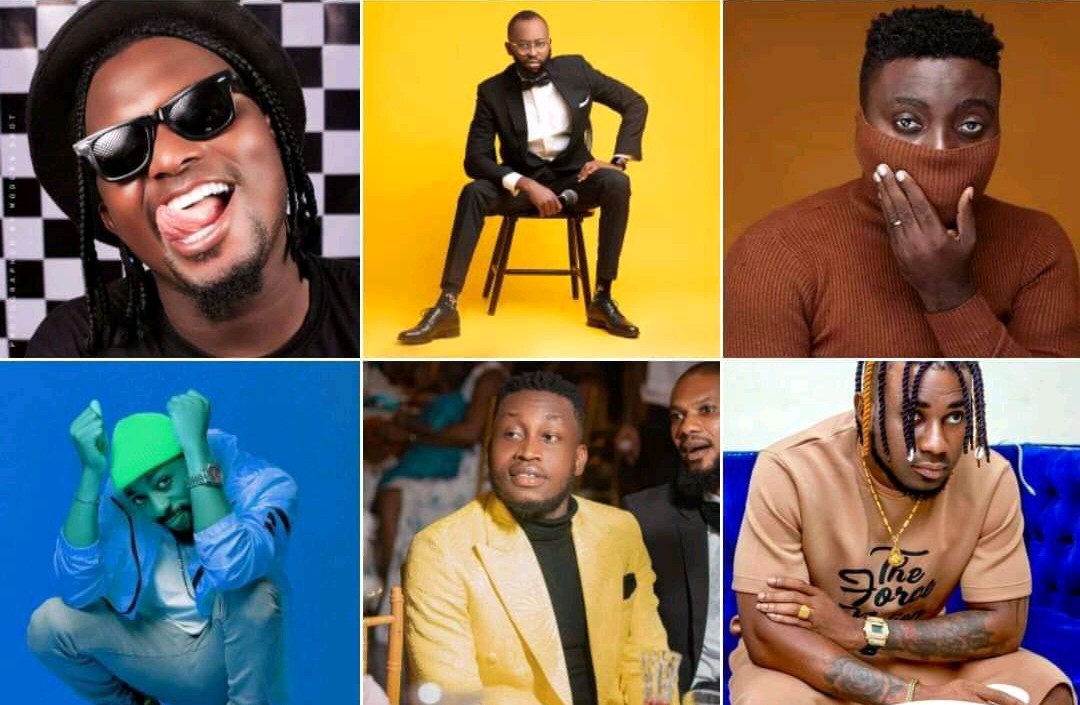 By Roy Clintson the Commissioner

this guy stands out for me, as one Entertainer who took his craft to a whole different level by daring to do what people might term silly and time wasting. Even when the applause tends to reduce he still forges ahead to prove himself worthy of the “Wave Zaddy” and “King of Freestyle” titles.

I’ve heard, and read of people calling him out to go back to the recording studio, and even go as far as trying to compare him, but in all of these Dandizzy has chosen to pay more attention on the path/nitche he has created for himself. And this has so far added so much respect, and value to his brand – even among corporate, Telecommunications and financial brands.

if I’m not mistaken; Kashmoney is barely a year old in the Music business (professionally), but it’s like he’s been around since the days of Judas, and the big fish that swallowed John the Baptist.

Kashmoney TheForce stands out for me with his moves. He is one Art that is intentional with his every move, and is very calculative as well. While others are busy complaining he is busy seeking for answers, collaborations, solutions and how things could work.

He doesn’t run to where everyone is running to. He is rather bent on creating his own path, and making his own Statements. I’ve watched how he pushes his entertainment brand into other sectors (like Security, Education etc).

His first move that caught my attention was how he first built his own team (by employing a personal Photographer, Stylist, PRO, Producer, Blogger, Lawyer etc).

The guy no come to joke!

Prinx Emmanuel aka Brother Nwachukwu is a Pace Setter. He is a Game Changer!

Prinx Emmanuel is virtually one of the first Artist whose name will be mentioned when an Artist that can influence the youths is needed.

His style, and how he does his thing is exceptional. His stage energy is one of his finest feats. He is good!

I wrote about this fellow, and “The Bigger Picture” yesterday. COLOpi is not your regular photographer (not in quality per say). He is exceptional in the manner in which he decided to approach his career.

He calls himself “The Celebrity Photographer” and went further to create a unique perception for his brand – ranging from his fashion style to how he delivers his images, his signature pose and you name it.

COLOpi stands out for me as one photographer with an aim.

If focus was a person, I’ll define Sammy Hart as focus. Nothing you’ll say will make him change his gospel… Yes, I follow him closely (from afar) to know this.

Sammy Hart is one of the few Gospel Arts that delivers real Hip Hop vibes (another fellow that does it for me is Timi Kei).

Sammy stands out for me as an Amazing Hip Hop Artist, Producer, Graphic Designer and creative Content Creator.

He knows his onions!

KObaba aka The Mayor of Pitakwa: it’ll require a full page to write about KObaba. But for this cause, I’ll try to summarize with this:

KObaba is an Exceptional Clean and Classy Entertainer. He created the Clean and Classy style of delivery, and has been on it for years – even when the temptations to switch over throws in its weight sometimes.

He has over the years also influenced so many young Comedians, and Entertainers with his keeping it Clean and Classy Ideology.

Another feat of him that makes him outstanding for me is how he tends to be a pillar, and shoulder to many out there.

I haven’t been opportuned to witness him do his thing on stage though, but from the little I have seen (from his performances, and testimonies of people who’ve experienced his craft), I see Mr. Prof as an Exceptional Master of Humour.

I love how he takes charge of the Microphone, his words and his stage. Also, I love how he defines each event with his delivery. Yeah, he doesn’t go talking some adult shits at a Children party he is anchoring simply because he noticed some few adults around.

I’ve also watched how he does his thing at weddings – very professional and accurate! I hate watching how some MCs embarrass couples all in the name of activities.

Mr. Prof is one of the finest Corporate men with the Microphone!

Aka the Most Successful Handicap (as he calls himself): Danny Spry is exceptionally one of the most creative, and funniest Stand-up Comedians from the south. Yes, I say this with my full breasted chest…

Most times I see him as the Comedy version of Dandizzy. He doesn’t need to prepare for an event, just give him the microphone and watch him root out hundreds of thousands from the same people you were struggling to sell your event tickets to. He does his thing effortlessly, and with so much creativity.

There is never a dull moment with him on stage. He is a master of his craft!

Aka the Single Chocolate-iced Brown Sugar Zaddy: Nwachi is not your regular comedian. He types are exceptionally rare in this part of the globe…

Nwachi is different with his style, and delivery. Most times I call him “the Poetic Comedian”.
His jokes are highly intellectual, and deep.

I see him building a Comedy brand for folks who enjoys rare concepts, and values uniqueness. If I become a very big shot today, and I, and my friends wants to chill out exclusively with some rich comic relief, Nwachi’s kind of jokes will be the perfect medicine!

Like I said, Nwachi is not your regular Stand-up Comedian.

I don’t know how you define being Exceptional, but for me, it has to do with one standing firm and holding on to that which he/she believes in; even when everyone tends to be applauding the other guys.

I have known Martinx Dikyy for a while, and I have also experienced his music (on record, and on stage). All I can say is “Martinx Dikyy is Music!” He is not the guy youo catch cruise with. He is rather the guy that steals your heart away…

What makes him exceptional for me is how he has been able to create a unique perception for his brand, and has stayed true to it over the years.

Yeah, some folks seldom likened his sound to that of Mali Music though, but then; Martinx Dikyy is Different! Just as Burna Boy is different from Fela.

So, permit me to draw the curtains here.

PS: Don’t try to compare anyone, or try to condemn my list in the comment box. It’s a Personal Opinion. If you feel otherwise, make your own list.

Thank you!
.
.
Once again, congratulations to Mery Friday for winning the N5,000 after guessing 5 names correctly.