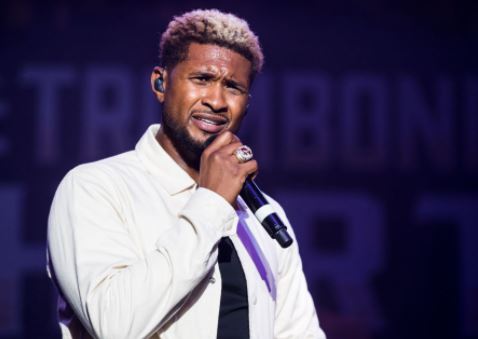 The woman suing Usher $20 million for allegedly giving her genital herpes, is now accusing the star of hiding his assets.
Recall that in July, the woman only identified as Jane Doe claimed she contracted the disease after she had sex with the singer earlier this year. Read here
Now, TMZ reports that she believes Usher is transferring his wealth to others so it can not be touched in the event he has to pay out to satisfy the lawsuit. Although, she has no evidence if he’s doing that, but she fears he’s trying a play a fast one on her.
In legal documents seen by TMZ, the woman’s lawyer Lisa West claims the R&B star’s behavior is suspicious because he delayed the discovery process in the lawsuit by 90 days.
They believe he did so because he didn’t want to disclose his assets during the discovery phase so he’d have more time to hide them.
However, sources connected with Usher say that the claims are pure “nonsense”.
Last month, Usher also defended himself after one Quantasia Sharpton accused him of exposing her to herpes during a hotel rendezvous. The singer rather explained that during the alleged encounter he was too busy falling in love with his now wife, Grace Miguel.