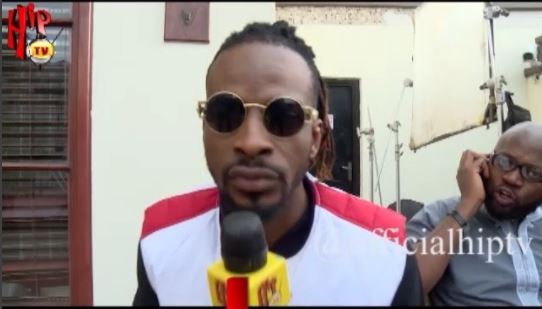 Singer, 9ice has finally reacted to the ban of his song, ‘Living Things’ by the National Broadcasting Commission (NBC) last week.
In an interview with HipTV, the ‘Gongo Aso’ crooner said:
“After the ban, there was another letter that the song was not banned. But I am thanking the NBC for the ban, because after the ban the song go blow so NBC I am releasing more songs soon that you guys will have to ban” 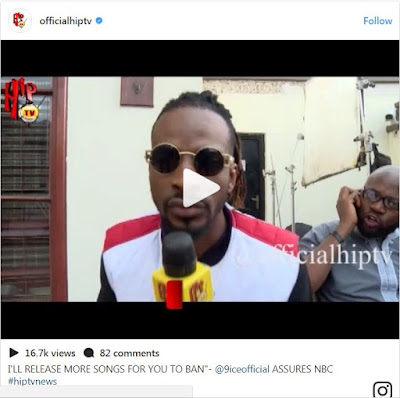 Meanwhile, after the news emerged online that the NBC listed Olamide‘s “Wo” and “Wavy Level“; Davido‘s “Fall” and “If (Remix)“; and 9ice‘s “Living Things” from being aired,  the Director of broadcast monitoring, NBC, Idachaba Armstrong released a statement to refute the report.