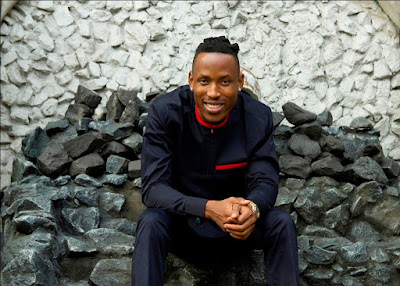 While “Belema” has unarguably taken over the airwaves – radio and TV, singer Mr. 2kay is not relenting as the latest single meant to usher in his next album. The singer who thrilled guests at the Welcome party of Africa Bar Association in Port Harcourt on August 6 also took time off his tight schedule to touch base with his fans the next day.
Apparently, Mr. 2Kay had not visited his home city for a while which explains the magnitude of fans that stormed Aggrey Road where the “Belema” singer used to reside. “I was surprised to see the number of people that came out to see me,” said Mr. 2Kay.
The street was filled with over 2000 people who came out to welcome the pride of PH City.  They had also set up a party stage in anticipation of Mr. 2Kay’s visit. “As I got closer to my hood, I could hear the DJ playing and mixing my songs. It was an emotional moment.”
Mr. 2Kay asked for a mic as he stepped out of the car and took his fans on a nostalgic trip through his debut album ‘Waterside Boy’ before thrilling them with his newer songs such as “Bad Girl Special”, “Moniegram”, “Who No Like Better Thing” and “Ladder.” The performance was later high jacked by the fans as the DJ switched to the singer’s latest song “Belema. The crowd sang along – word to word.
“I had to show appreciation for the love from my people by performing and partying with them.”
Watch Mr. 2Kay’s performance below.