Ghanaian Comedienne and TV personality, Valentina Nana Agyeiwaa aka Afia Schwarzenegger has been caught cheating red-handed by her husband, Lawrence Abrokwah at their matrimonial home.

According to a Ghanaian news source Mynewsgh.com, Comedienne and Television Personally , Afia Schwarzenegger born Valentina Nana Agyeiwaa, was caught red-handed by her husband, Lawrence Abrokwah, being laid by another man.

It has been confirmed that the situation has ended the marriage between Afia and Abrokwah who Afia claimed had become a toast of other young ladies who had been sending him their nude images.
In a two minute, twenty-three second video recording of the entire incident believed to have happened at the home of Afia Schwarzenegger, Mr Abrokwah budges into the room that appeared not to have been locked and found the two lovers naked in bed.

He is heard asking the man whose face cannot readily be identified if he is unaware Afia is a married woman amidst shouts of “Ashawo! Ashawo!” to wit prostitute. Out of shame, Afia in defense rushed into the bathroom for a towel to cover herself and asked what he was doing in the house and who invited him. 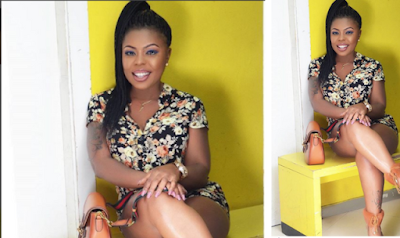 Abrokwah who claims to have in his hand a bottle of liquid substance which he claimed is acid and threatens to empty the contents on both if they fail to cooperate.

The man fearing for his life struggles with Abrokwah briefly and runs away from the room leaving Afia behind who insists she has divorced him because he physically assaulted her.

Her husband on the other hand admits they only had a disagreement and he went to see his mother only to return to see her being laid by another man wondering what kind of woman she is. Mr Abrokwah reveals he has been trailing her sleeping around with other men and was only waiting for the opportune time to close up on her.
At the latter part of the video, the television personally is heard begging for clemency and said she took a loan to wed him.
News about her extra marital affair went viral earlier this week with reports suggesting she went in for another man because her husband had failed to pay the money they borrowed for their wedding in South Africa.
But in responding to the claims Afia said: “My lawyer is called Lawyer Nkrabea Effah and just as we are doing to Multi Media…Alot of foolish jobless people r roaming in town in the name of bloggers…And the court is where we settle lies..It is called Defamation of character”.
Click to watch video

(WARNING: 18+) Screenshots from the video 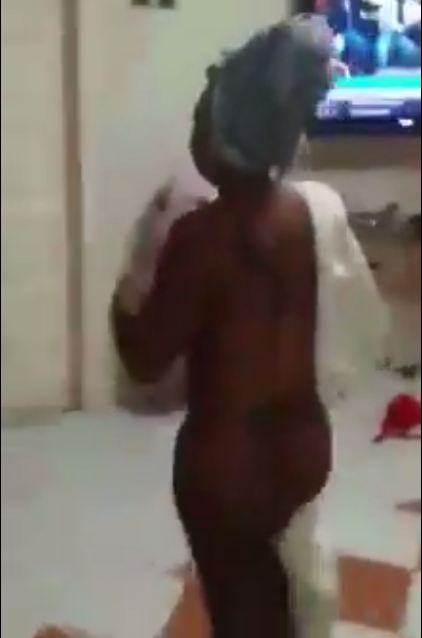 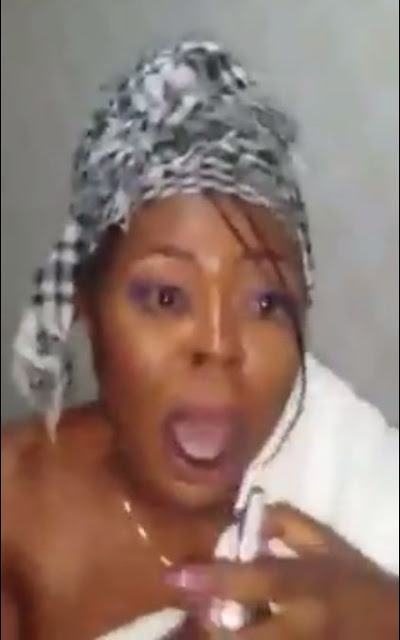 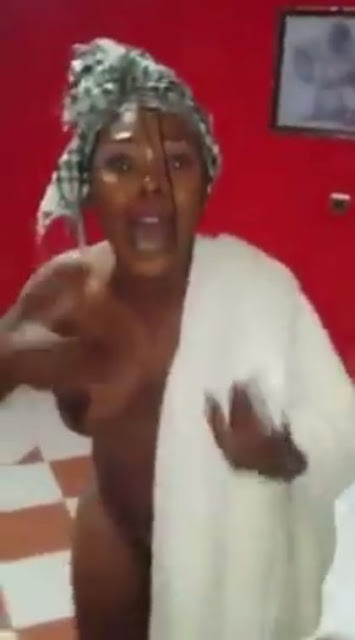