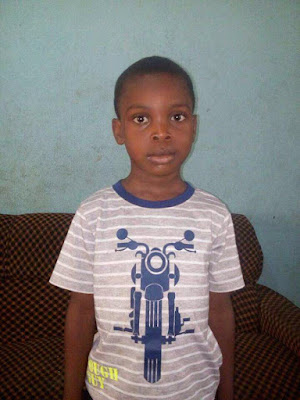 Report reaching us from the Asankragua Police Head Quarter the capital of Amenfi in Western district of Ghana, revealed that a 36 year old farmer has been arrested for killing his son for money Ritual.
The man whose name was disclosed as Abdul Salam was said to must have informed the police that his child is missing, but the wife insisted he went out together with the son and urged the police to monitor her husband’s footsteps. They later discovered where he buried the child with the head and the left leg cut off.

This unfortunate incident occurred on Tuesday 2nd May. A resident in an interview with Prestea-based Energy FM said the 6-year-old boy went missing Monday and a search party led by the Unite Committee was constituted.
After a thorough search, they discovered the father of the young boy was complicit. The resident who was part of the manhunt indicated that, having accomplished his mission, the suspect dug a shallow grave in his farm and hurriedly buried the boy. 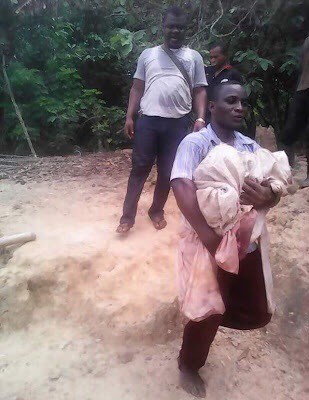 The resident said Abdul was escorted by the police to where he buried his son and was then asked to exhume the corpse. Upon interrogation, the suspect revealed that he butchered his son to use the head and legs for rituals. Abdul Salam is currently in police custody assisting in investigations.
More pictures below
[Warning Viewer’s Digression] 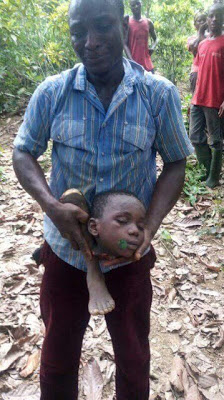