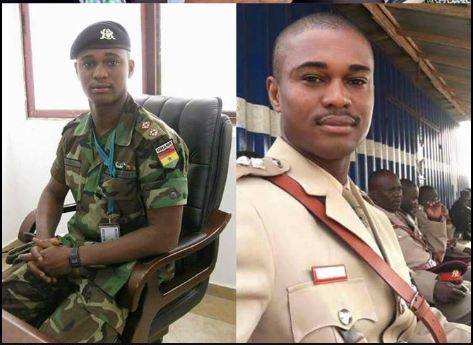 A soldier has been killed at Diaso in the Upper Denkyira West district of the Central region of Ghana.
The officer whose name has been disclosed as Captain Maxwell Mahama was lynched by residents on suspicion of being an armed robber.
Captain Mahama who is the commander of the area military detachment according to his subordinates, was seen jogging along the main road and as he stopped by to ask some women for directions, the women saw a pistol on him.
The women who were alarmed by the discovery of the pistol on Captain Mahama mistook him for an armed robber thereby alerting their assembly member who allegedly organised some men to lynch him and even burnt him in the process.
The women’s action is said to have been influenced by recent robbery attacks in the area with a recent one been a day before as the people in the mining town have been subjected to some serious robbery attacks.
The military officer was not in uniform when the incident happened as he is even said to have pleaded to the mob not lynch him indicating that he was an army officer and not a criminal but his plea was not taken by the mob who hit him with several objects including cement blocks.
News of his death was later conveyed to his subordinates who visited the scene to ascertain things for themselves..
The body of the deceased has since been conveyed to a health facility in the area and the youth in the community have started fleeing the town on realizing that the deceased was not a criminal as they thought but rather a soldier.
According to Starr News, the Public Relations Officer of the Ghana Armed Forces Colonel Aggrey Quashie said the army has called for calm among its troops in the area as they investigate the incident.
He said a high powered military team led by the chief of army staff has been dispatched to the area to gather facts on what happened.
Source: Gossipmill.com