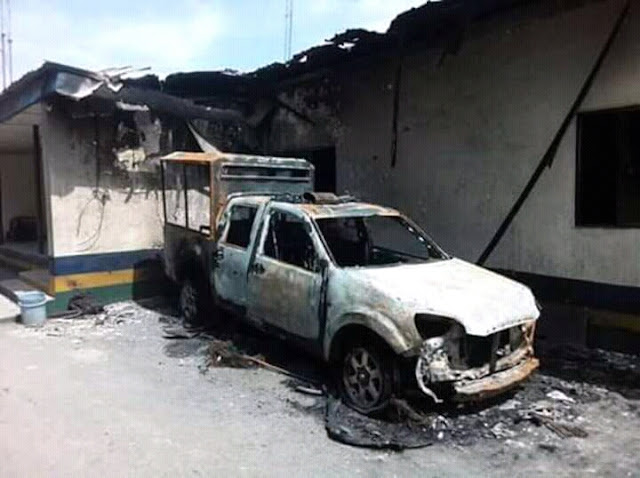 Several police officers are feared to have been killed Tuesday night after suspected officials of the Nigerian Navy stormed a police division in Calabar, southern Nigeria.
Witnesses told PREMIUM TIMES the attack, which began shortly after 8:30 p.m., was still underway as at 10:19 p.m. at Akim Divisional Headquarters.
“The police station is still burning as we speak,” a horrified witness stated.
Naval spokesperson, Suleiman Dahun, said he wasn’t aware of the development as at 10:26 p.m., promising to revert after his findings.
Police spokesperson, Jimoh Moshood, could not be reached for comments Tuesday night.
Sources said the unrest was a continuation of an initial skirmish between a police traffic officer and a naval officer at a traffic light near the Calabar Stadium along the Airport Road on Tuesday afternoon.
“Some naval officers ran the red light and police traffic officers intervened, but rather than listen, they descended on the policemen and beat them up,” a witness said. “This was around 5 p.m.”
“Police officers now called for back up and and the Navy also called for reinforcement and they took over the road leading to the airport.
“But the Navy Commander and police commissioner in the state intervened and the two sides backed down,” the witness said.
“However, around 8:00 p.m., when everyone thought the matter had been resolved, naval officers descended on Akim Police Station and started shooting and burnt down the facility.
“We confirmed three bodies but we feared there are more,” the witness said.
The witness also accused the naval officers of blocking fire fighters from extinguishing the inferno set at the police station.
..More pictures from the scene 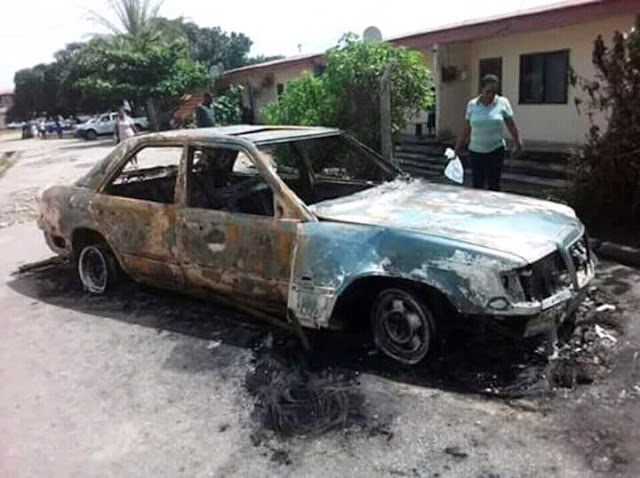 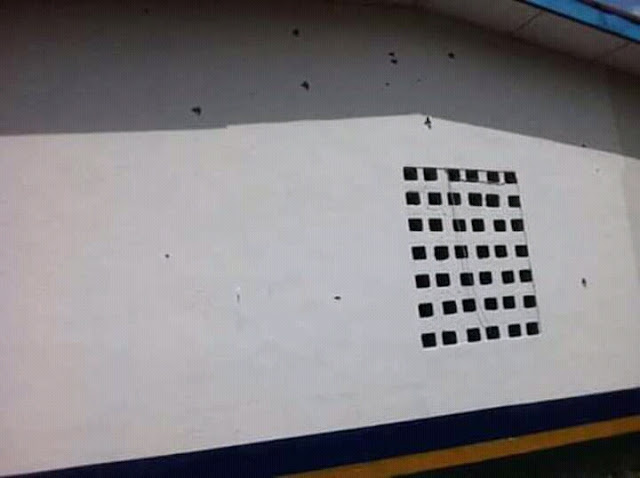