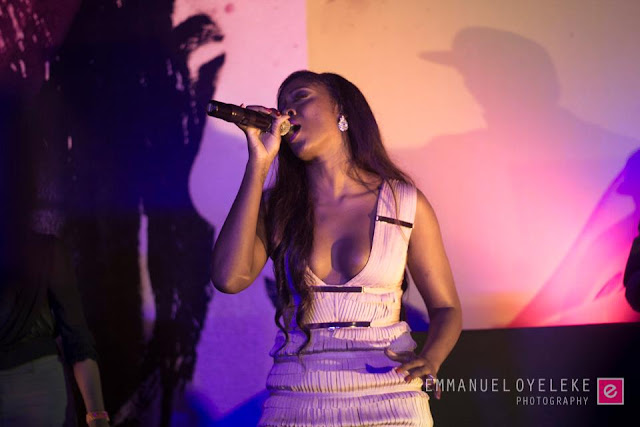 Multiple award-winning Nigerian singer, Tiwa Savage, has said that the desire for glamour and appeal is the reason entertainers cannot stop being sexual in their performances.
She said this while addressing some pressing issues in the Nigerian music industry as a guest on an entertainment show hosted by Arise Television, which was monitored by DAILYPOST.
According to her, entertainers cannot be stopped from adapting sexual scenes in their stage-craft but can be regulated through appropriate guidelines provided by a competent body or authority.
She, however, disclosed that contemporary musicians were misunderstood in a similar way the late Afrobeat King, Fela’s dancers were misunderstood because of their sexual displays on stage.
Savage said: “There is no way a movie and entertainment will not have sexual scenes. You cannot stop an artiste from being sexual in entertainment
“The only thing we can do as Africans is to provide guidelines.
“When I performed initially in Nigeria, they screamed that it was too much; that it was too sexual. We are still fighting the same battle the Fela girls fought.
“Fela’s girls were misunderstood. What they did on stage was just entertainment.
“What they do on stage doesn’t mean that they are loose off stage. People say Fela is godfather but people forget the women that added glamour to Fela’s show.”