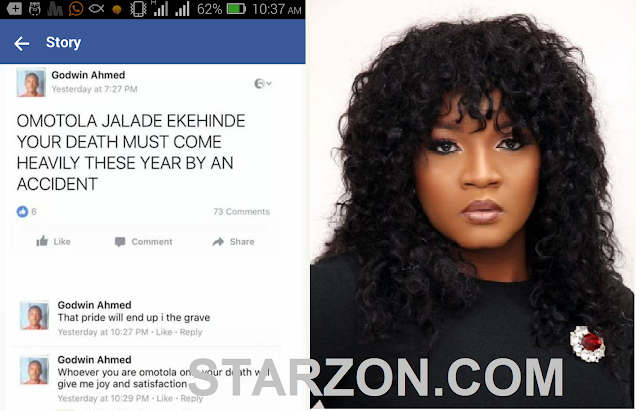 A facebook user by the name Godwin Ahmed has broken the internet after taking to his timeline to lay curses on one of Nigeria top Nollywood actress Omotala Jalade for refusing his advances even after promising to be washing her undies.
His post has attracted several reactions online users who blasted him for posting such a hilarious act.
Below is a screen shoot of his post 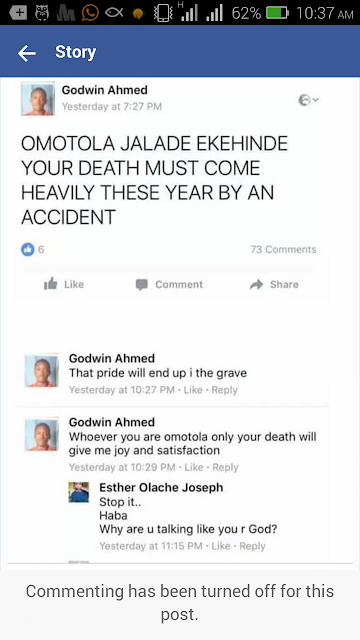 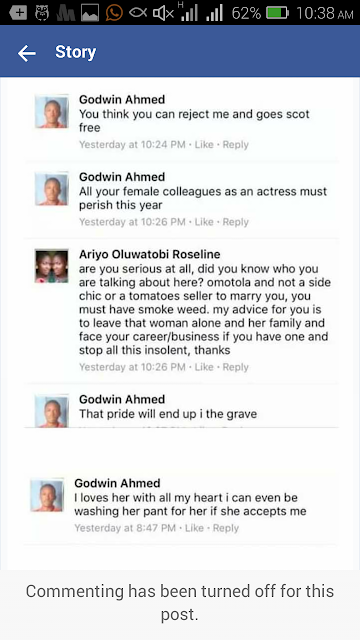 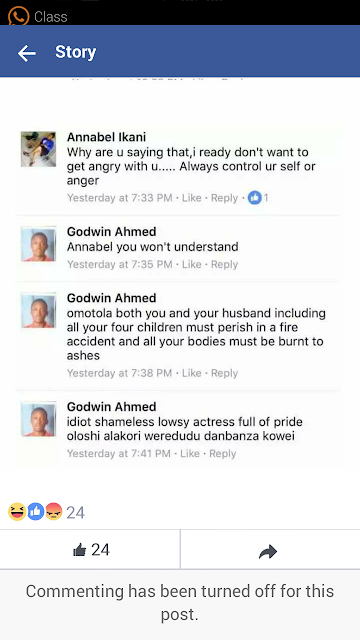