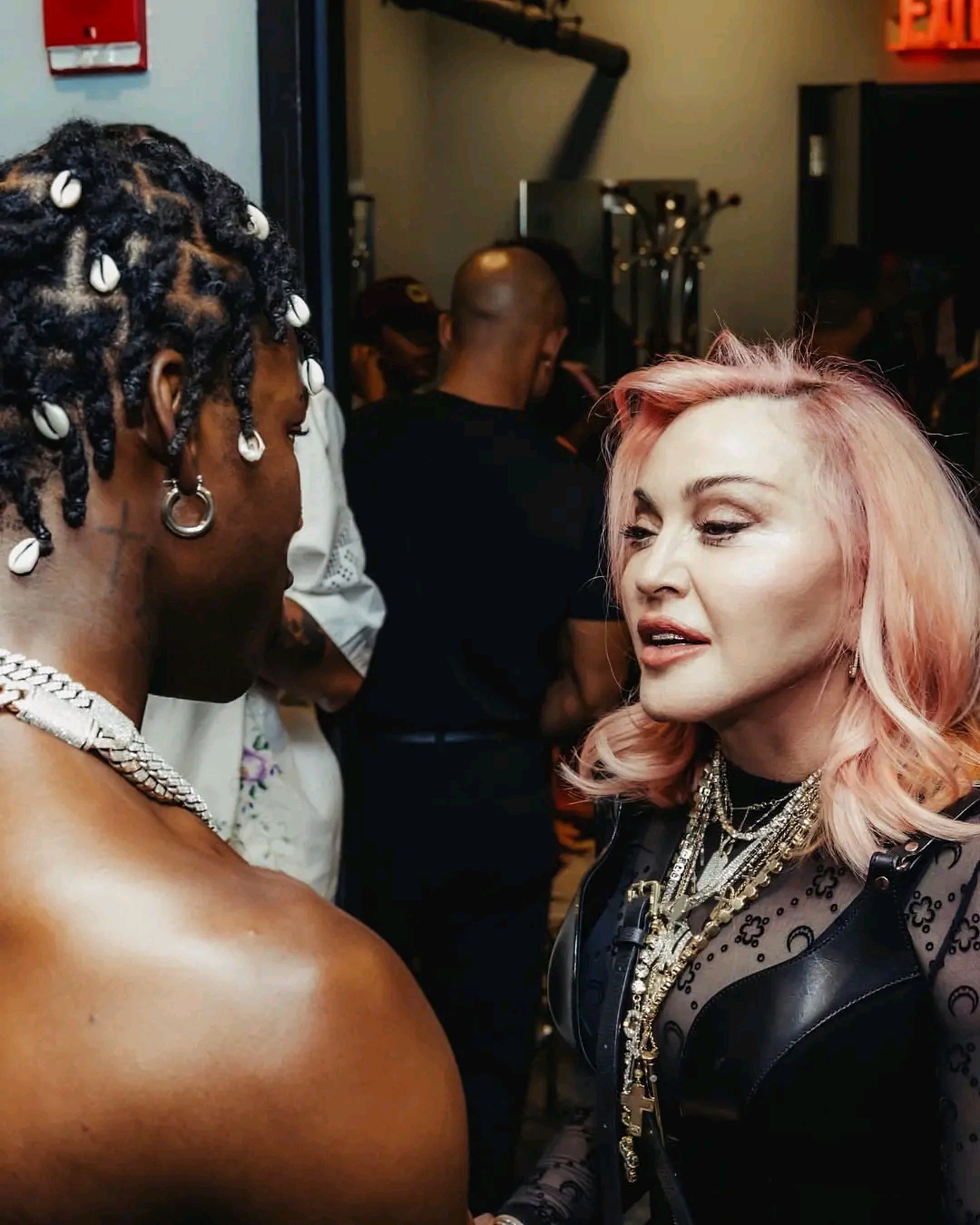 Divine Ikubor, better known by his stage name Rema, recently sparked reactions from Nigerians as he’s spotted in a video with Madonna.

The Nigerian singer is seen backstage with Madonna, a Grammy Award-winning music icon as she showered him with compliments.

Madonna and the singer embraced while she praised him on his performance and show. Rema responded that she had been a huge source of inspiration for him.

Recall that he was recently spotted kissing Selena Gomez, an American singer, and actress during his sold-out show in Los Angeles.