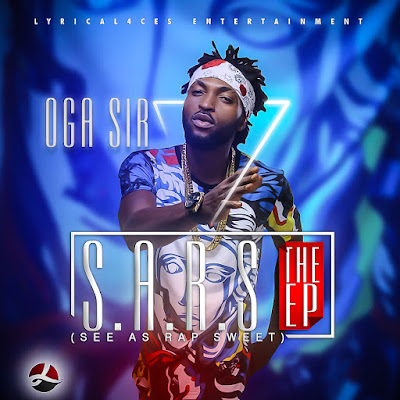 C-in-C LyriCal4Ces Entertainment “Oga Sir” breaks the internet as he unveils the exclusive Artwork for his S.A.R.S (See As Rap Sweet) EP. This is coming shortly after the release of his successful Hit Single “Over Sabi” produced by 8notes. It obviously is going to be a lyrical masterpiece judging by his past records of delivering Rhythm, Rhymes & Punchlines. A release date would be announced soon, but until then, check out and cop the artwork designed by 6Media, released by Oga Sir himself via his Social Media Platforms.
Twitter , Instagram and FaceBook. Twitter, Instagram and FaceBook