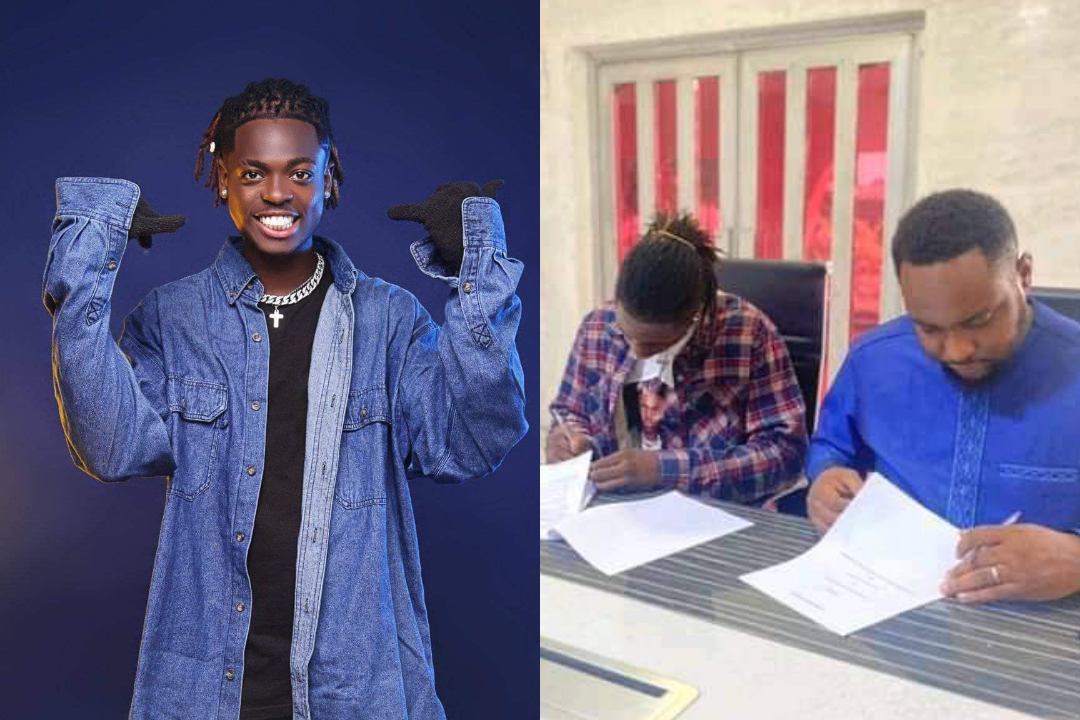 Here is a brief detail on how it all happened.

A young man identified as Mr. Hanotu Weli met Awesome Hc on Facebook through MrProf Victor Ehiogu a social media influencer and event host, he later shared his songs with few A&Rs and they felt he had a unique style of rap. So they went on to organize a listening party for young artists in PH called ‘UNTAPPED‘ just to give him a wider audience to hear him rap.

After that performance, Mr. Hanotu Weli and his team were convinced so he reached out to Buna Boy’s former boss, the CEO of Aristokrats records who vibed with Awesome Hc’s rap pattern and immediately got him signed to the label on a co-management deal between Hanotu Weli’s company and Artistokrats Records in March this year.

According to Mr. Hanotu Weli’s post the artist development deal came with a lot of benefits, including an international distribution deal.

This is a beautiful day for the young PH base artist and a motivation to all young upcoming talents. Just keep pushing, eyes are on you.