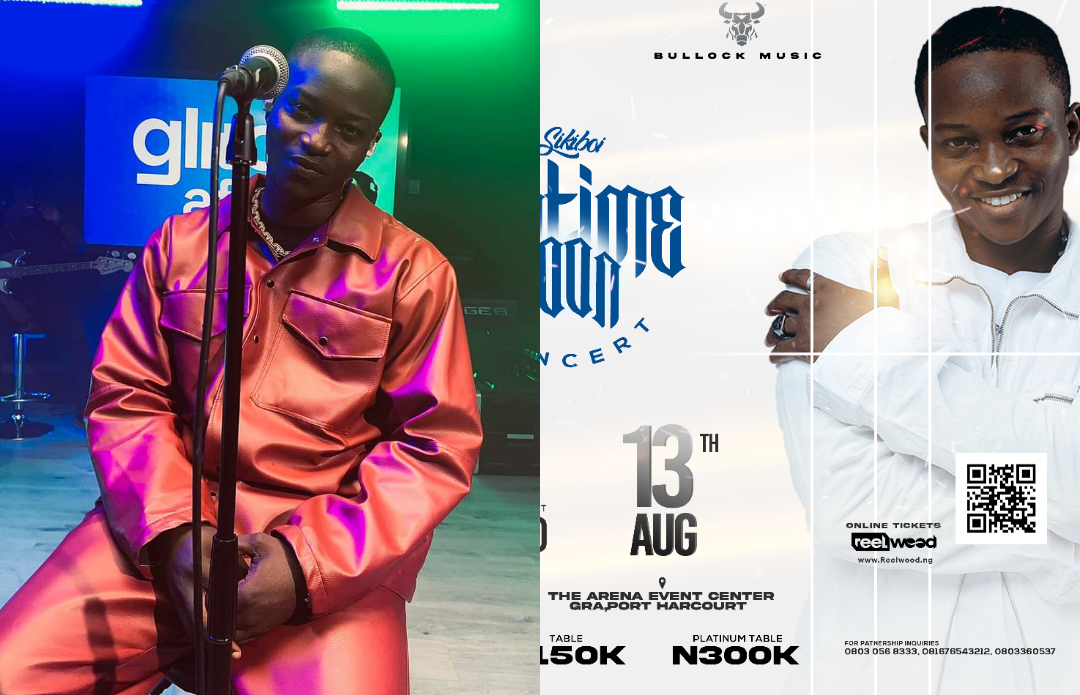 Nigerian successful music talent, Sikiboi is about to accomplish a new milestone in his music career as he set to host a grand breaking music concert in Port Harcourt.

After spanning a successful record career for more than 3-years, rocking his growing fans nothing short of good music, performing on myraid stages alongside the big guns, Sikiboi, now has the spotlight on with his first ever concert tagged “Anytime Soon”.

Recently, he is becoming the love poster boy within Port Harcourt music landscape, and currently he is one step closer to fully connecting Port Harcourt locals and the suburbs of the city with his rich music as well as he now has other Nigerian, West African and diaspora listeners on the spike.

He is aiming at becoming the one to call when crooning the best and authentic love songs comes to play, plus a coated artistry drenched in emotion and the affection portrayed with his vocal allure. Sikiboi would be there anytime soon.

Do not miss his concert this August 13th, at The Arena Event center, GRA, Port Harcourt. Sikiboi still longs and desires to win your heart, he wants to be your favorite loverboy and so much more.

Get Your Tickets Here