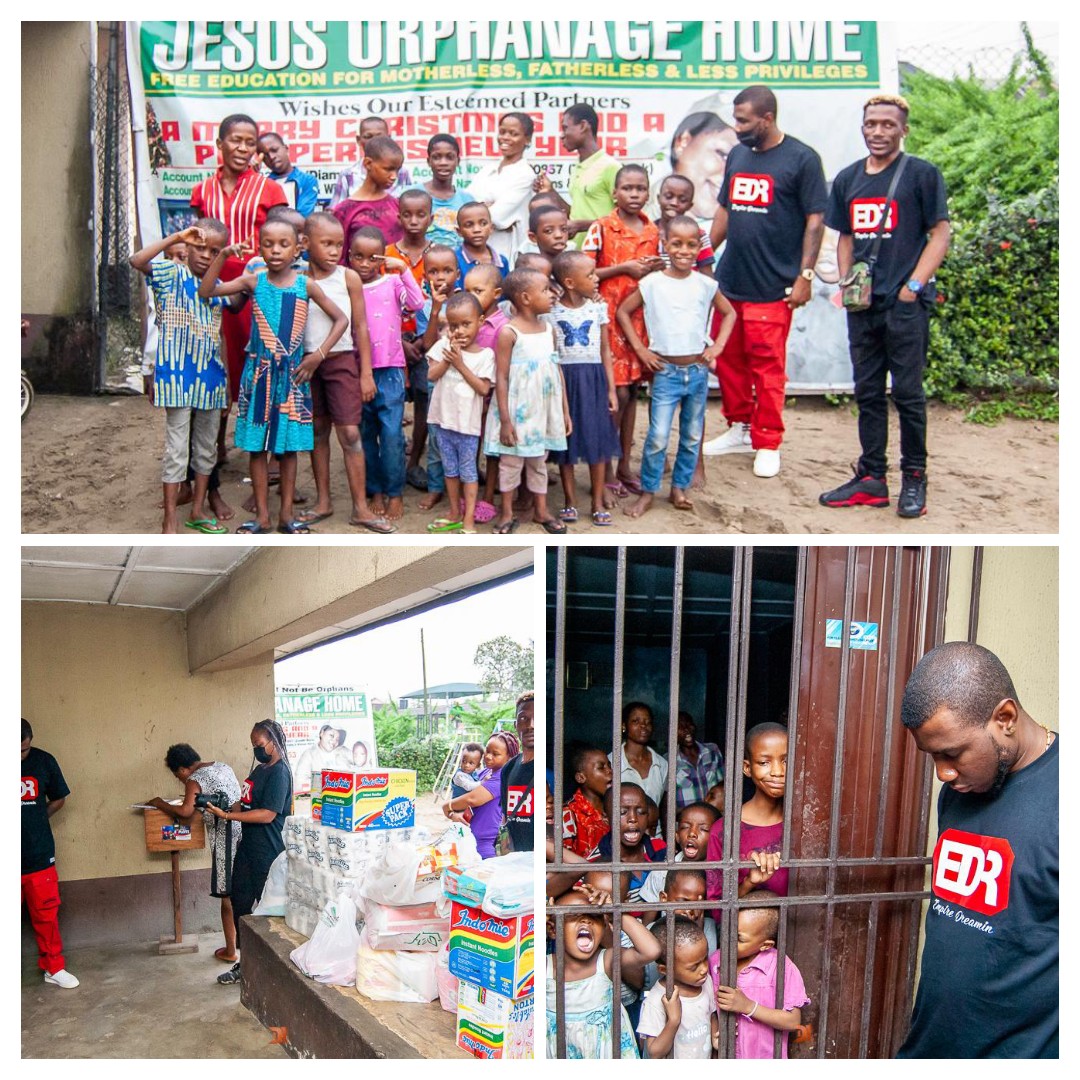 Yesterday was a memorable day for the children of Jesus Orphanage Home in Port Harcourt Rivers State, as the Empire Dreamin Records team lead by the boss and frontline act Kashmoney paid them a philanthropist ahead of upcoming official music video premiere taking place on the 4th of June, 2021.

Items such as soaps, tissues, pads and other toiletries were provided. Others which includes foods stuffs like cartons of nuddles, custards and several other welfare materials were also provided for the children.

Kashmoney who led his crew on the visit spoke with Starzone official media as he discribed the visit as an act of obidience to God’s will and instructions. He also urged many others out there to try and emulate this act as a culture for the good of humanity irrespective of our religion or believe.

The Port Harcourt base recording artist w
When asked how he felt about this, the singer responded by saying he felt more stronger and alive after the children prayed for him and also went further to discuss about his plans of visiting other centers more often.