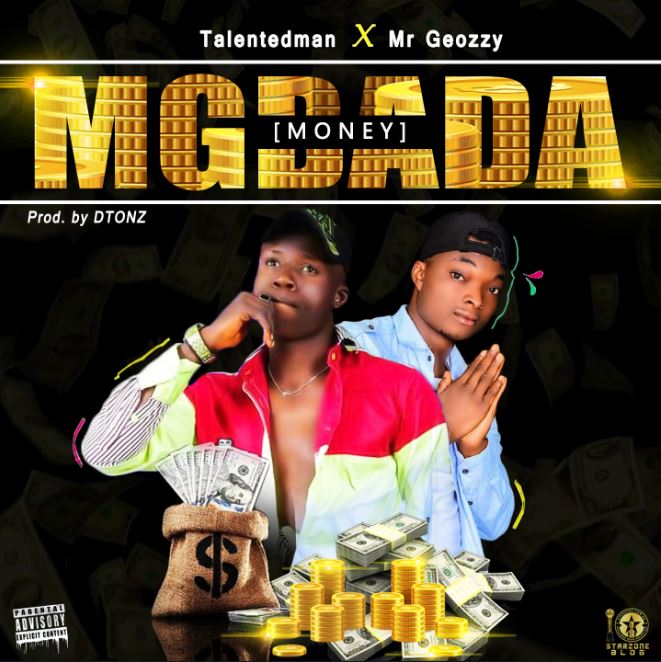 South South fast emerging music lads Talentedman and Mr Geozzy has join forces as they both link up on to deliver this banging new collaboration hit titled “MGBADA” which means money in the Igbo language.

“MGBADA” is a song with a storyline which tells the importance of money reflecting to the current state of our modern society where money is placed as the major priority for living. The song draws its production credit from by the magic finger producer, DTONZ.