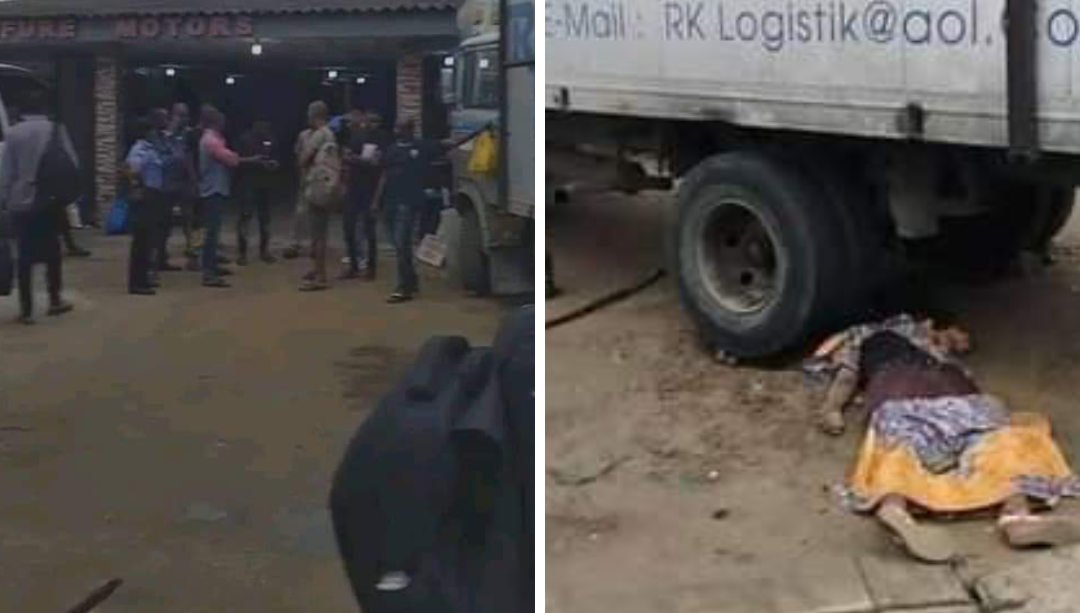 A middle aged woman has been crushed by a truck around Uniport/Choba junction in Port Harcourt.

It was reported that the break of the said truck failed,  which made it impossible for the driver to control; the woman then became a victim.

It was also reported that the truck driver has been apprehended and handed over to the police.