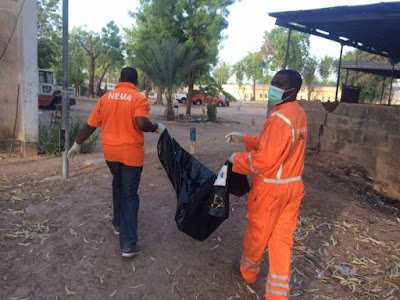 Multiple suicide bomb attacks at the University of Maiduguri(UNIMAID), on Saturday,
delayed the commencement of the Computer-Based Test for the Unified Tertiary
Matriculation Examination, (UTME) candidates at centres in the university. Three suicide
bombers,early today detonated their explosives, at the gate of the University killing a security
guard and injuring one soldier.
NAN reports that the six test centres in the university recorded low turn out following the
incident. Mrs Kaka John, a JAMB staff, said that the exam did not commence on time
because of the early morning bomb blast, which made many candidates to stay away.
We were supposed to start very early at 9:00 a.m. but I think because of the fear, the students
did not show up. This made us to start around 10 a.m
Also, the security agencies did not also show up on time because many of them had moved
to the scene of the blasts. Also the NSCDC did not show up on time, he said. Haliru Umar,
The JAMB Supervisor, at the ETC Centre one and two said that about 4,000 students would
be sitting for the exam in the centre.
In this centre this morning, we started with about 250 students. We still have about 17
more sessions for the exams. So far, the exercise was very successful as some of them have
started coming out. We have taken good security measures by providing sufficient security
to protect the

students to enable them write their exams successfully, he said. Halima Isa, one of the
Candidates said she wrote the test in fear but said it was successful. We were scared
because there was bomb last but I think everything is fine now, she said.