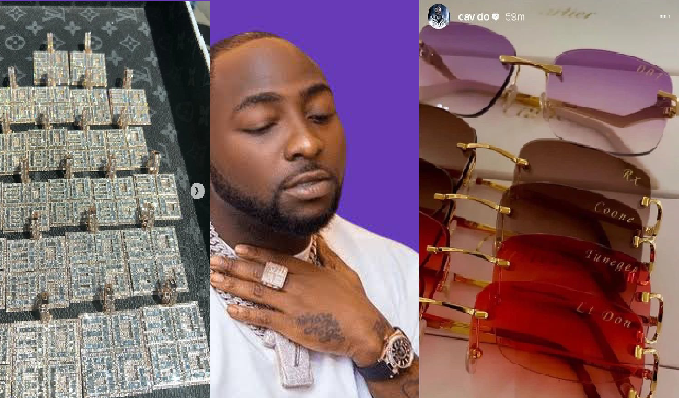 Davido is not done blessing his 30BG crew as he has unveiled the Cartier Sunglasses he ordered for them.

Recall that Naijaloded had earlier reported that Davido spent millions of Dollar on 23 customized pendants.

The first 23 pendants were given by Davido to people like Cubana Chiefpriest, Isreal DMW, Asa, Lati, Don (Lazyboy), Sir Banko, Bobo (his lawyer), and his cousin, among others.

According to Davido, the 23 pendants were not enough, so he asked his jeweller to create 30 more. Tagging his dealer, the singer revealed that he just realized that 30BG has many members hence the request.

He also disclosed that he will be giving his team a pair of customized Cartier sunglasses.